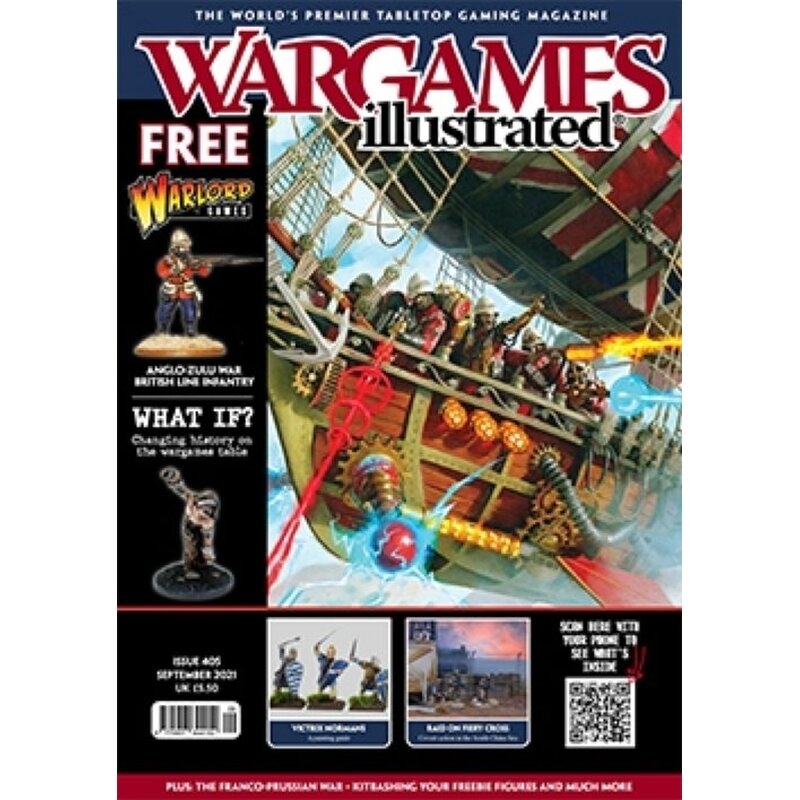 QUICK FIRE!
Your fellow wargamers tell us about their recent hobby projects.

RELEASE RADAR
In our new regular feature Dom Sore tells us about the exciting new hobby releases that have made a big blip on his Release Radar!

THEME:
WELCOME TO ‘WHAT IF’S
Folks from the wargaming world throw ‘what if’ gaming randomicity your way!

BUILDING A FRANCO-PRUSSIAN WAR RAILWAY STATION
Tony Harwood brings half a century of model making experience to the pages of Wi with a build of Courcelles railway station.

THEME:
THE LEPER TERRORISTS OF FRANCE
Dr Steve Tibble introduces us to a tale of medieval madness, moral panic, and great ‘what if’ gaming potential set in 14th Century Paris.

PAINTING VICTRIX’S NEW NORMAN INFANTRY
This article inaugurates Wargames Illustrated’s new in-house painter Marc. Before his first ‘cuppa’ had even brewed, we plonked some plastic Norman Infantry on his desk and he created this handy painting guide.

THEME:
STORMING THE DANEVIRKE
Colonel (Retired) Bill Gray returns to the duchies of Schleswig and Holstein and ponders a ‘what if’ that was mere hours away from happening.

BLAM! BLAM! AARGH! SNATCH!
Did last issue’s free rules leave you hungry for more grid gaming action? Have no fear, Daniel Mersey is here, with a new scenario for his game of Blam! Blam! Aargh!

COVER MOUNT FOCUS:
KITBASHING YOUR REDCOATS
We rummage through the bits box, wield the scalpel, and apply some green stuff and paint to this month’s cover mounted figures.

THEME:
“THE OUTRAGE AT JEDDO”
Pete Brown presents an unusual samurai skirmish game involving those sneakiest of spies and assassins – the ninja!

THEME:
RAID ON FIERY CROSS
Bob Giglio and Dennis O’Toole put forth a hypothetical raid on a Chinese military facility in this modern ‘what if’ Scenario.