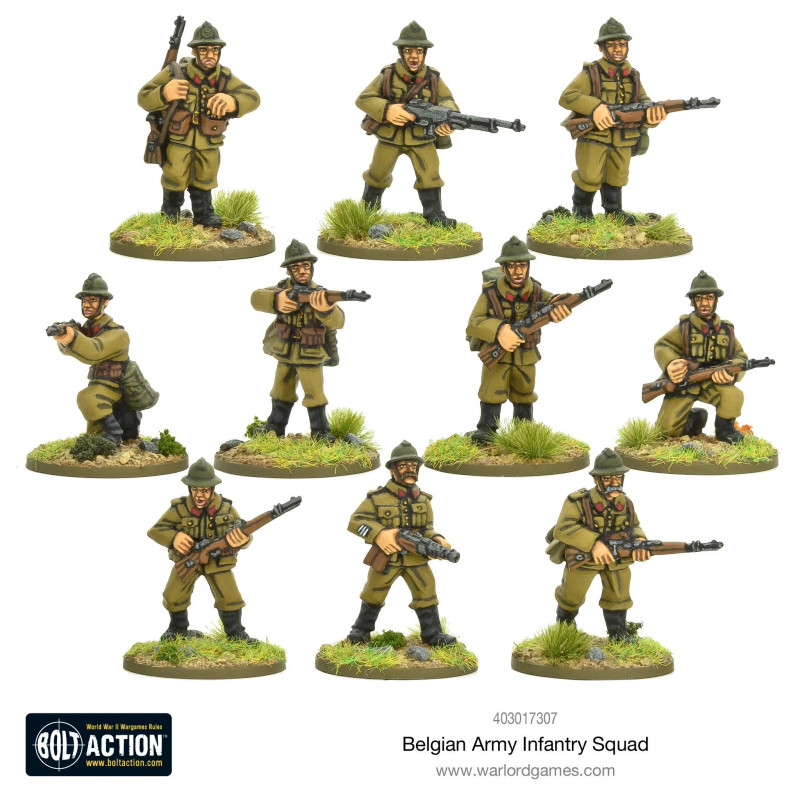 A Belgian infantry section consists of ten men. A section is led by a sergeant carrying either a MP-28 submachine gun or a Fusil 1889 rifle. The sergeant is supported by a corporal carrying a rifle. The Fusil-mitrailleur 1930 (FM 30) Browning Light Machine Gun or "Belgian BAR" served as the section LMG, which was carried and operated by one man. The remaining seven riflemen carried the Fusil 1889 rifle, one of which is a dedicated rifle grenadier carrying a rifle adapted to shoot grenades.